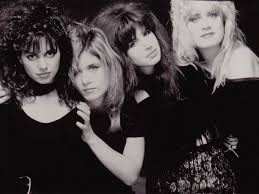 The Bangles are a pop-band formed in 1981 in Los Angeles, California. The first members of the band were Susanna Hoffs on guitar and vocals, Vicki Peterson on guitar and vocals, Debbie Peterson on drums and vocals and Michael Steele on bass and vocals. The band had several top 10 hits in the 1980s including Manic Monday, Eternal Flame and Walk Like an Egyptian. The band broke up in 1989 but got back together in 1998 for the Austin Powers: The Spy Who Shagged Me soundtrack and the band went on a reunion tour in 2000. Later in 2000, The Bangles were inducted to the Vocal Group Hall of Fame.

We are back on air and back to 24 hour programming!

Congratulations to KFTN staff for winning Best HS Station in the Nation from Intercollegiate Broadcasting System!